I notice that the github repository has all the individual files under the OSPi tree, but then it also has ospi.tar.gz which seems to contain the same files. Why the two different copies? It seems like it would be really easy for those to get out of sync. In fact if I diff the two versions there are a lot of differences, but at first glance they seem to be trivial (like end-of-line markers being different). Maybe it would make sense to get rid of the ospi.tar.gz and just let people pull the source tree?

This thread is about “sprinklers_pi” an alternative control program for the OSPi hardware platform. I think you are confusing the 2. See first post:

Hi there,
I’ve created an alternative control software module to control the Raspberry Pi OpenSprinkler system. It’s entirely self contained and doesn’t require python, a web server, or any other heavy software to operate. It can also be compiled to run on the Atmel AVR / Arduino platforms, so theoretically it should run on the AVR OpenSprinkler as well.

I created this a few months back before I had seen the web code created by Samer. The look and feel are pretty similar mainly due to the use of the same mobile web library (jQuery Mobile).

Here are the features:

Plus I’m working on a few other things…

Here are a few screen shots from the software: 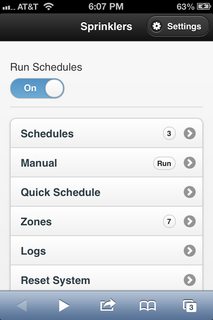 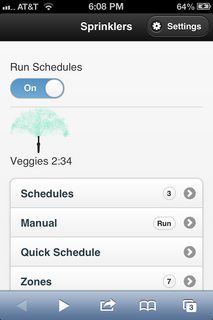 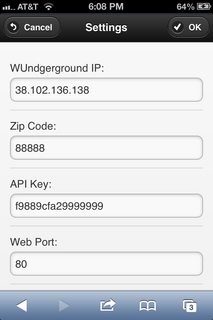 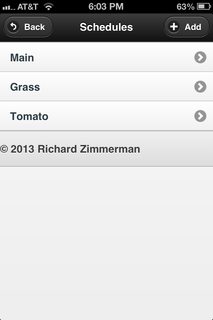 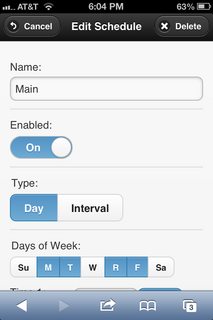 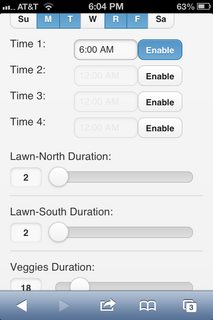 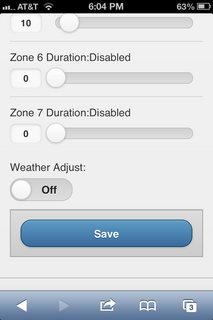 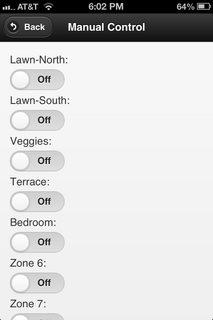 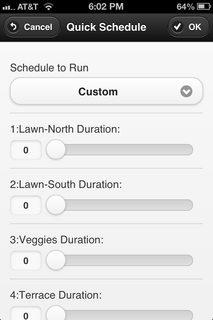 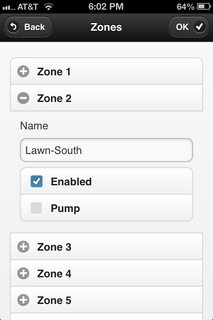 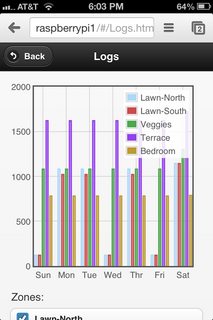 That’s it! If you want to start it, simply reboot or just run the following:

If something goes wrong on startup you can get some diagnostic information at /var/log/sprinklers_pi.

Once you’ve started things up, browse to port 8080 with a web browser. The system starts up in demo mode (i.e. it won’t actually switch outputs). To change the output type go to the Settings and change the Output type to “OpenSprinkler” (assuming you’re using the OpenSprinklerPi module).

For those who are particularly adventurous, the sprinkling logs are stored in sqlite3 database format, so if you really care, you can query them with SQL using the database at /usr/local/etc/sprinklers_pi/db.sql